After I install a new version of Linux, I usually take a good look at the screen. Does it have a task bar? Can I find my window after it was minimized? The direction some desktops are going is not clear. Making it easier for current users or for the people coming from Windows or Mac is not a goal anymore. User complains are dismissed, chalking it up to the fact that people don’t like change.

Fortunately, in Linux we have plenty of other choices, and we do like change. We have no need to keep using desktops we don’t like.

I will describe some of choices in this article, and I’ll attempt to measure the RAM memory requirements. I use free command in an xterm before and after the graphic environment is started on a separate X server (Xephyr). free command prints on the screen data made available by Linux kernel. The kernel knows at any moment how much memory is using and how many buffers are available.

The tool I use to set it all up is virtenv. It configures a Xephyr xserver running OpenBox in a Linux kernel container (LXC). I shut down OpenBox and install the new window manager or desktop environment. I run the WM/DE as it comes up by default, without any kind of customization. The container works in a separate filesystem, and it will not overwrite the real filesystem on my computer. The computer is an older 64-bit machine, running Ubuntu 12.04.

JWM is a light-weight window manager for the X11 Window System. A small memory footprint makes it a good choice for older computers and less powerful systems. Barry Kauler’s excellent Puppy Linux is based on JWM.

This is a series of three window managers. BlackBox is the original, Openbox and Fluxbox are forks.

BlackBox is comparable to JWM, and loads in about 3MB of memory.

Openbox is rarely used stand-alone, it is however the window manager of choice in a number of other desktop environments such as Gnome, KDE and LXDE. It runs in about 7MB of memory. CrunchBang is and example of distribution based on Openbox.

Fluxbox is popular in many Live CDs such as Knoppix STD and GParted. It is currently the default window manager of PCFluxboxOS, Linux Mint Fluxbox CE and Salix OS Fluxbox. It runs in 16MB of memory. 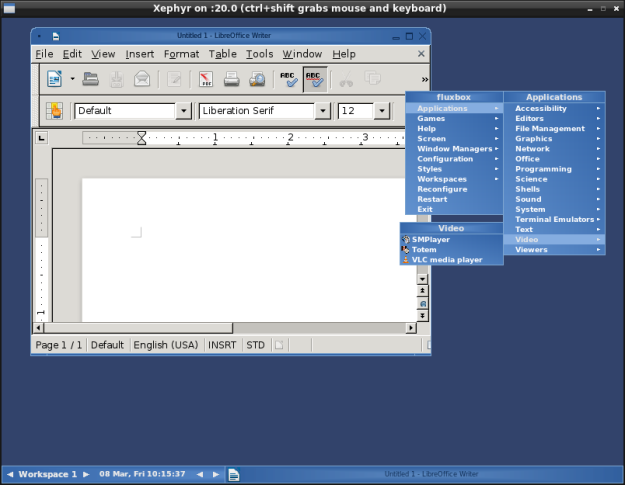 A dynamic/tiling window manager adjusts the size and position of the windows so there is no overlapping and no space lost between them. This is in sharp contrast with the normal window managers which float and overlap windows. The distinction is not as strict today as it used to be, most modern tiling window managers can easily float windows. Some examples are dwm (1MB RAM), i3 (3MB) and awesome (9MB). 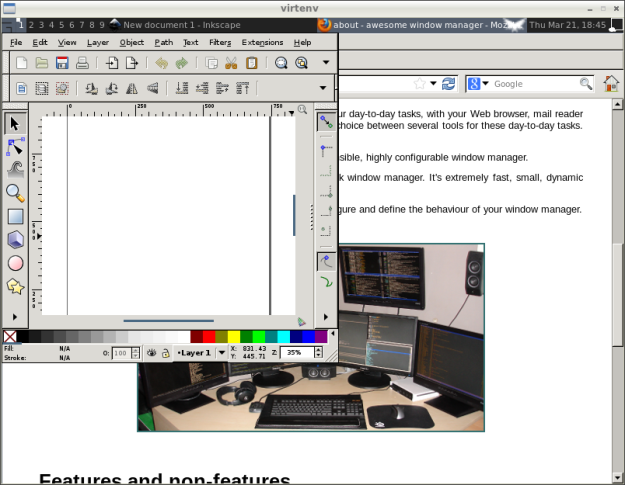 This is a beautiful desktop environment, the graphics just surpass everything else in this article. It is highly configurable and very fast. It runs in 35MB of memory in my tests. 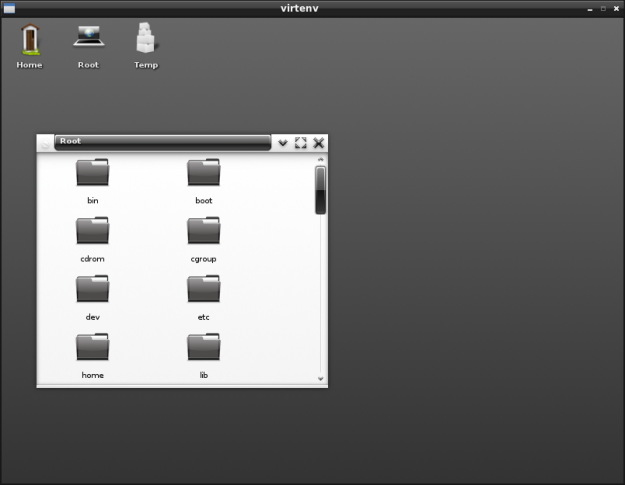 The Lightweight X11 Desktop Environment was specially designed for computers with low hardware specifications, such as netbooks, mobile devices (e.g. MIDs) or older computers. In my opinion this is the DE that had the most to gain from Gnome 3 debacle. You can get today full major distros based on LXDE, such as Lubuntu and Fedora LXDE Spin. Usable and slim, LXDE runs on my computer in 36MB of memory. 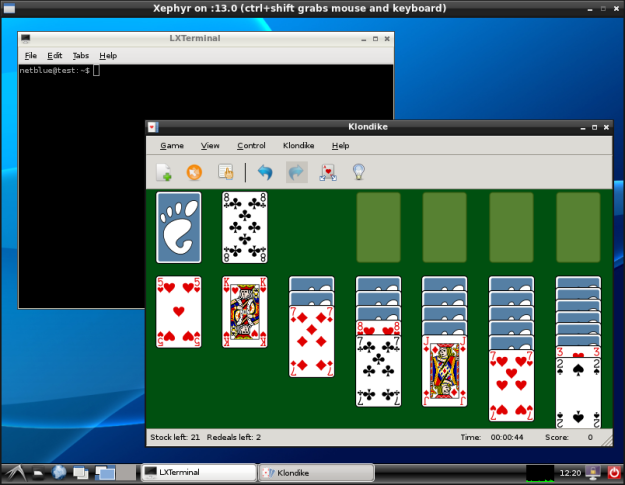 Xfce is a desktop environment based on GTK+ 2 toolkit. It aims to be fast and lightweight, while still being visually appealing and easy to use. Xubuntu and Fedora Xfce Spin are two of the distros featuring Xfce.

It runs in about 70MB of memory, which is a lot more than LXDE. Install it as sudo apt-get install xfce4 on Debian/Ubuntu, and yum groupinstall xfce on Fedora.

People use computers in different ways for different tasks. Window Managers and light Desktop Environments are sometime the only choice for less powerful systems or for places where every bit of memory counts (gamers, programmers etc.). In part 2 and part 3 of this article I look at some other window and desktop managers, including KDE, Unity and Gnome 3. 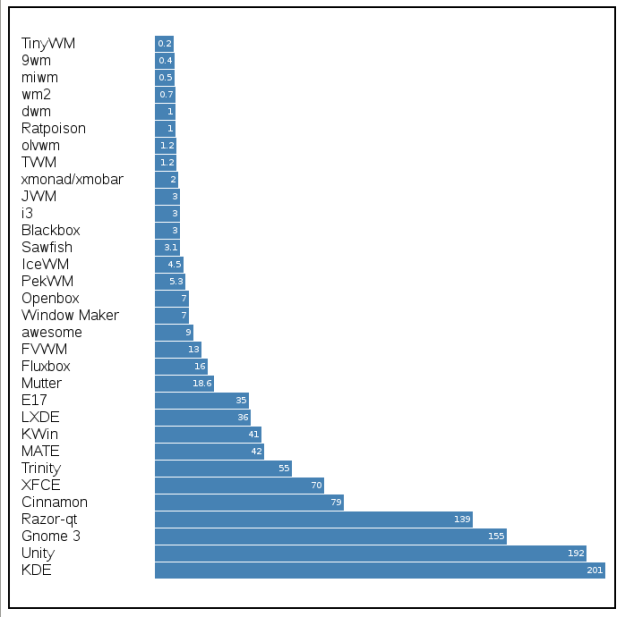 102 thoughts on “A Memory Comparison of Light Linux Desktops”